Chevalier Quixote Jackson, M.D., lived in Pennsylvannia from 1865 to 1958. Through his mechanical ingenuity, teamwork in patient care and teaching skills, Dr. Jackson reduced the mortality rate of children presenting to hospital with an upper aerodigestive foreign body from 98% to 2%.

Other than smallpox (which was eradicated from Earth in 1979, by a global vaccination program), probably no other human disease has had such a reduction in its mortality rate.

The Jackson Collection (Foreign Body Gallery) in Philadelphia contains more than 3000 foreign bodies that Dr. Jackson and his team extracted from the upper aerodigestive tract of children. These children’s lives were saved by Dr. Jackson’s homemade instruments, his gentle technique and the team’s words of kindness (which substituted for today’s general anesthesia).

Regarding the Foreign Body Gallery, Dr. Jackson wrote: “These are not mere curiosities”.

The collection was meant to educate both physicians and the public; and lead to change. 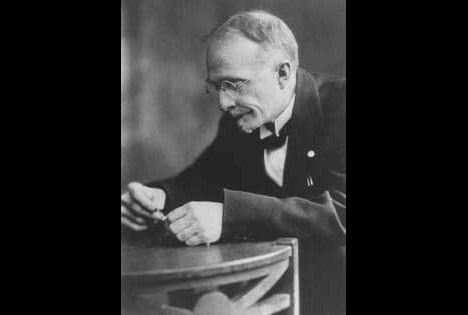