Home  /  What Gets Stuck Where?  /  Extraction Cases  /  Crayon Tip in Bronchus

Toddlers (especially two-year-old boys) tend to explore their environments by putting things in their mouths. A 4 mm diameter chunk of crayon was inhaled and became lodged in a toddler’s bronchus. It was removed with the “Vancouver” forceps, which was designed to remove very small bronchial foreign bodies. The final image displays the “Vancouver” forceps, below a standard optical “Peanut” forceps. 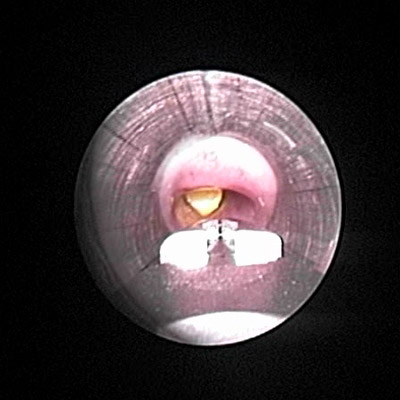 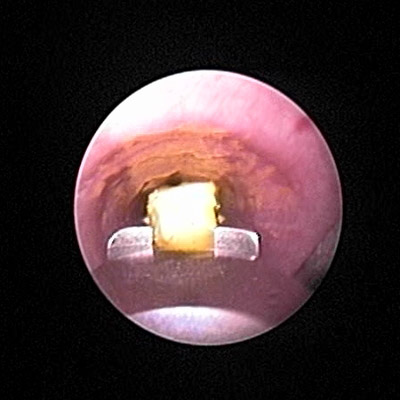 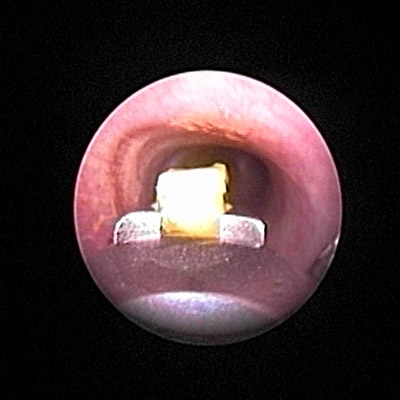 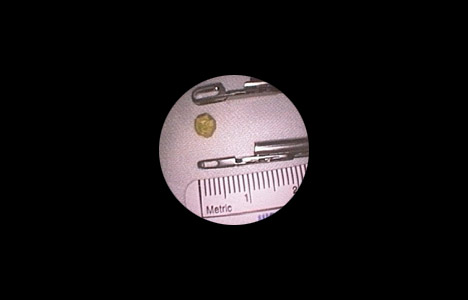 The majority of deaths from choking and suffocation occur in the first year of life.[Ref:43]