There is a relatively low awareness about the dangers of choking hazards, despite the morbidity and mortality they cause.

We support efforts to decrease all accidental injuries, especially those in children. Please see the current UNICEF global injury prevention campaign poster (below).

It is difficult to find accurate world statistics on the number of deaths caused by choking hazards (upper aerodigestive foreign bodies). This is because choking hazard statistics are often combined with statistics on death by poisoning, venomous bites and / or suffocation and strangulation.[Ref:35]

Ideally, the morbidity and mortality from choking hazards would be reported systematically by every country, every year. Then the impact of public health interventions (such as this educational website) could be analyzed scientifically.

Since 2000, European Union countries have used the Susy Safe Web-Registry,[Ref:34] to systematically gather childhood choking statistics. Led Dr. Dario Gregori of the University of Padova (Italy), investigators from around Europe, as well as South Africa, Thailand and the Americas are now collaborating to learn more about the epidemiology of childhood foreign body choking injuries.

In a 2004 report, U.S. Attorney A. Sperling stated that in the United States every year, 150 children die from choking — and 10,000 children per year were brought to Emergency Rooms because of choking injuries. 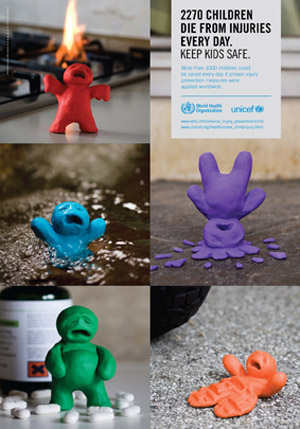 The presence of older siblings in the household increases the risk for choking, possibly because toys and other objects with small parts are more likely to be present and caregiving activities, such as feeding, to be undertaken by older siblings.[Ref:44]